Two recent movies comment on a disturbing direction we seem to be traveling in American culture. Over the past few decades, communication technology- notably the internet and smart phones –has made it more possible than ever for Americans to be in touch with one another, and yet, somehow, many people are more disconnected than ever.

In the movie Her, a man (Joaquin Phoenix) has a romance with a computer operating system. The operating system has no physical presence. It’s not human, just a disembodied voice (Scarlett Johansson), yet he connects with it passionately.

The movie makes an interesting point, that the core of interpersonal relationships is communication, that even without touch, or sex (they have a form of sex, sort of like phone sex, a poor substitute for the real thing) or a face and body, romance can still flourish. There are, of course, certain real advantages to such a romance. She’s available all the time, never sick, or tired, or sleeping. She doesn’t age and she never dies. She’s whip smart and socially adept. In the ways that matter most, she’s just about the perfect companion.

That’s a little scary. Humans have been bonding with other humans for eons now. Those relationships have always been the center of our lives. But now, as Her predicts, we may be moving toward relating more to media than we do to each other.

The other movie, Don Jon, stars Joseph Gordon-Levitt as a man who’s had a lot of success getting a lot of women into his bed. 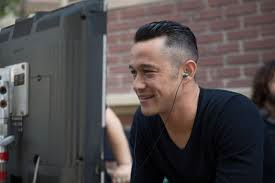 Both these movies explore the same theme, that media is now capable of competing successfully for the most important parts of our lives. In the past, the idea that a machine could displace other people for these needs would be the stuff of science fiction. But it’s rapidly moving from science fiction to science fact.

In the span of about six decades, since television became ubiquitous in the 1950s, we’ve been increasingly abandoning each other and turning to media for entertainment, information, companionship and gratification. During that same period we’ve seen a decline in marriage, the traditional family, friendship, group activity, and dating. Maybe that correlation is not a coincidence. Maybe as our media consumption has grown, it has eaten away at our social lives. Maybe before many more decades, media will be our dominant life partner and other people will play only a small role in our lives. If that happens, it will be a major shift in human lifestyle.

Some time ago, I posted a blog about what life was like in a small Arkansas community in the late 1800s. I had read the diary of a woman who lived near a small farming town and what struck me was how connected the community of neighbors was. Not a day went by that they didn’t go visit each other, or have visitors in their home, or both. Contact with other humans was not only the heartblood of their lives, it was also a support system. They shared their food, their labor, helped each other out in every way you can think of, cared for each other from the cradle to the grave,  and entertained each other. Life was almost entirely about your connection with the people around you, family, friends, and neighbors.

We’ve pretty much lost that now. I know lots of people who don’t have any friends. They’re distant from their relatives. These days, it’s not unusual for parents to lead separate, insulated lives from their own children. Lots of people who have lived in the same place for years don’t know their neighbors.

Sure, today people have Facebook friends, and a bunch of numbers in their smart phone, and lots of followers on Twitter, but, really, how close are they to those people? They may share cat videos, and selfies, and inspirational quotes, but when their cars break down, they call AAA.

It’s a new era. People are out, media is in. How will it all work out in the long run? Who knows? We’re headed into uncharted territory, all racing headlong somewhere we’ve never been before.

There are some words in the glorious English language that speakers avoid using, because they’re just not comfortable saying them. Those awkward words fall mostly into three areas, sex, death and bathroom (and here I’m already resorting to a euphemism).

One of the most prolific areas for euphemisms is sex. Can you imagine a man trying to get a woman into bed by saying, “I really want to have sexual intercourse with you.” No, to increase his chances, he says he wants to make love, go to bed with, or sleep with her (no sleeping involved).

Sex has inspired so many euphemisms, a big lexicon of slang that’s in everyone’s vocabulary. There are many, many terms for having sex and the body parts involved in having sex, none of them ever the correct technical terms like penis, vagina, or breasts (notice how uncomfortable those three words just made you).

Death is so scary we can’t bear to say somebody died. They passed away, expired (which makes them sound like they had a use by date), went to their reward, went to be with Jesus. Then there are the more impersonal ones, when we don’t give a damn about the dead person: croaked, kicked the bucket, bought the farm, or took a dirt nap.

Bathroom stuff is gross. The real words are almost never in everyday use. For example, in toilet training a child, nobody ever says, “It’s time for you to go defecate.” Or urinate. Universally it’s poop, potty, pee. P words dominate. And think of all the expressions adults use for their visits to the bathroom. Even the word bathroom is a euphemism, because most of the time you go there it’s not for bathing. I’m not going to mention examples of the euphemisms people use for what actually goes on in there, but I’ll bet my bippy you know and use them.

Lately I’ve been noticing another area which is becoming rife with euphemisms. It’s the language of advertising, as businesses triy to separate you from your money, while trying to convince you they’re doing you a big favor. Just listen to the phrases that are glibly tossed around in TV ads, and you’ll find lots of weasel words. As a public service for the gullible and vulnerable, I’ve decided to provide translations of what advertisers are actually saying:

Buy one, get one – Translation: We want to sell you at least two items because that way we make twice as much money, so we just double the price, refuse to sell only one, and tell you one is free.

Free shipping – Translation: We added the cost of shipping to the price.

Starting at – Translation: We have a crappy, minimum selection that you won’t want, and the one you will want costs substantially more.

For a limited time – Translation : This is a quirky, not very good seller for us, which is why we don’t offer it all the time, and we’re marketing it as a novelty item. (Example:  The McRib.)

While quantities last – Translation : We have only two of these in stock and they’ll be long gone before you get here, but we have more expensive ones to sell to you.

On clearance –Translation: Nobody would buy this crap at the regular price.

No money down – Translation: More interest for us.

No interest until 2018 – Translation: Your good intentions to pay this off before we start charging you interest will never come to fruition and we’ll end up socking you with years of exorbitant interest.

For those who qualify – Translation: Only those who have never made a financial misstep in their entire lives can get this deal, but we have a more pricey deal for everyone else.

It doesn’t matter what your credit history is – Translation : Bend over.