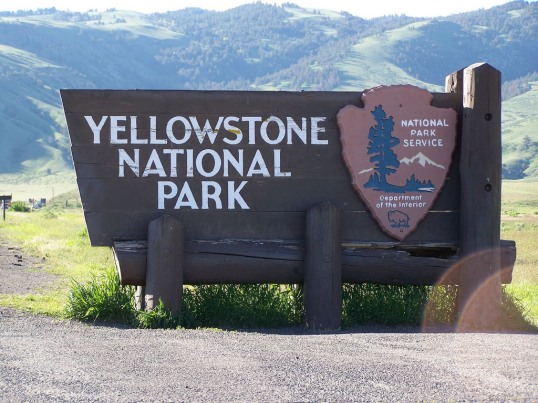 I have a major gripe. I think if the taxpayers pay for something to be built, and they pay to maintain it, they should get to use it free.

Sounds fair, right? And some things are free, like city parks, libraries, schools, police, and most streets and highways. But there’s also a bunch of stuff you have to pay to use, even though it was built with your money. The justification for charging for the use of these publicly financed and owned facilities is that it takes a continuing revenue stream to maintain them. But here’s the thing. The government already has a continuing revenue stream. It’s the taxes you continue paying all the time. But that’s not enough for the greedy bastards in the government. They want to in effect double dip, and charge you twice. That’s just wrong.

Here’s what I think you should get for free:

Free entrance to all national parks. You own it, you pay to care for it, you should get in free. Camping should also be free. And though they didn’t pay for it, I think it would be a great public relations move and would create a lot of goodwill to allow visitors from all over the world in for free also.

Free entrance and camping at U.S. Corps of Engineers lakes You forced Americans off their land, used public money to build a big dam lake, and now you want to charge for it like it’s your private resort? Really?

Abolition of tolls on all roads, highways and bridges. Your taxes built it. Gas taxes maintain it. Asking for more is highway robbery.

Free entrance to public monuments and museums. Same arguments as above.

Free tuition at all public colleges and universities. No government should be in the business of selling education. The benefits of providing a free education will far outweigh the outrageous tuition and fees received from students who are struggling with the spiraling costs of  public colleges. Many advanced countries already have this.

Free health care. This one is different, because it’s mostly not funded by taxes. But it should be. In countries that have universal health care, it’s not a for profit business. It’s a free government program. If the Brits and the French can do it, so can we.

Americans are too easy to exploit. The government sticks out its hand, and usually we just give them our money. That needs to stop. It’s hurting people. There are poor families who can’t afford to go to the lake or state park because they can’t afford the entrance and camping fees. There are kids who don’t get to go to the public pool in the summer because there’s a fee to go swimming. College students’ families are being drained by public colleges and young people often are forced under a mountain of debt which marginalizes their life for decades after they graduate. To sum it up, these unfair fees are lowering the quality of life in America.

The critics will cry the government can’t afford to get rid of all these charges. That’s a fallacious argument. There didn’t used to be fees to visit the lake, public tuition was free or affordable, and health care didn’t cost an arm and a leg (pardon the pun.) But somehow, back then, the government was able to operate without imposing an addition burden.

The government doesn’t own all this stuff. We do. Should you be charged to live in your house, drive your car, or sit on your couch? Of course not. You own that stuff. You paid for it. You should get to use it for gratis, zip, free.