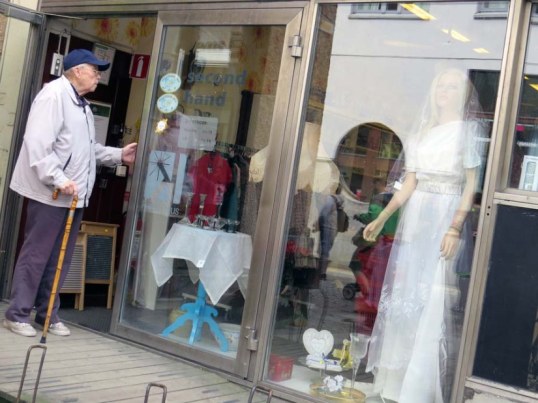 The pretty young clerk was reading 50  Shades Of Gray when the old man hobbled up.

“I called about a book.”

Face flushed, pupils big as saucers, she handed him a slim volume.

Standing by the front door, he thought about smoky jazz clubs, wild-eyed young poets, and the endless highway.

A collector would pay big, but he just wanted the book.

The cab arrived on time and he took small fast steps and climbed in.

Give me your tired, your poor

The wretched refuse of your teeming shore

Send them, the homeless tempest tossed to me 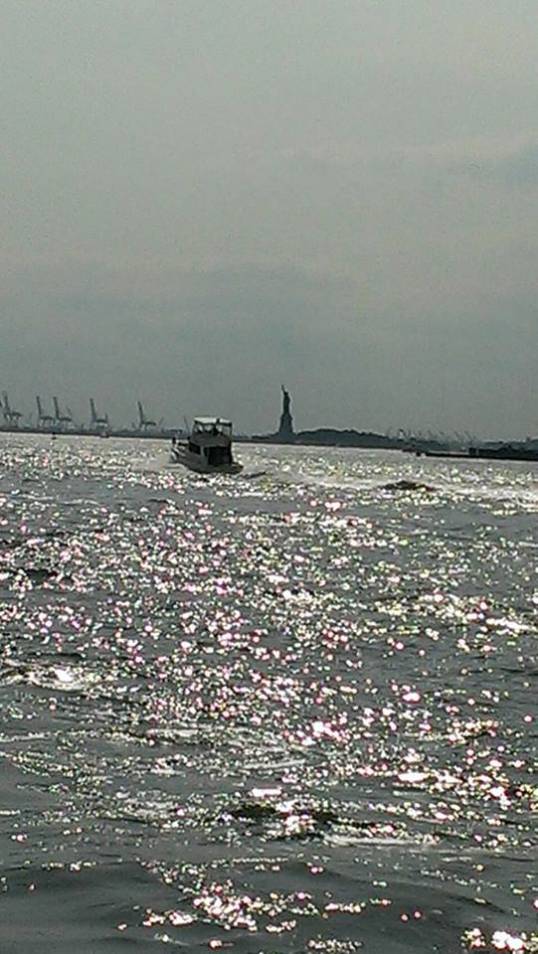 Bud And Pud In New York

Wearing a sweaty NRA tee, Bud moved his lips as he read the inscription. Pud picked his nose, waiting for him to finish.

“You know what this says?”

Pud flicked away a big one.

“It actually encourages them to come here and take American jobs.”

Confused, Pud looked at the shoreline, littered with trash and hypodermic needles.

“We gotta stop telling them they’re gonna be waltzing through a golden door.” 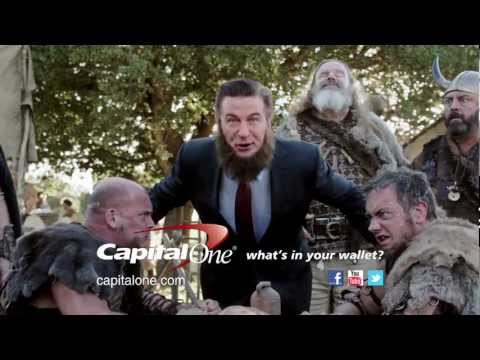 Attention Jennifer Aniston, Tina Fey, Peyton Manning,  John Krasinski, and Alec Baldwin. I have a question for you. How much money do you need to amass before you’ll be satisfied?

The American capitalist system has rewarded you with mega-millions, each of you is idolized and adored, and you have the potential to earn many millions more.

So why do you need to supplement your bloated bank account by doing television commercials?

Forgive me for saying this, given that you are astronomically successful superstars and I’m a nobody, but trying to pile a few more dollars on top of the mountain of money you already have, that’s just piggish, selfish and maniacal.

Trying to get more money by hawking goods on TV makes me think you’re obsessed with only one thing, accumulating wealth.

I understand why the advertisers would want you. They’re hoping your celebrity status will be the magic that will get some poor average Joe separated from a few bucks.

But I can’t understand why you’d lower yourself by pushing crap on TV. Why would you do that? Why not just make another movie or play another season or whatever it is you do to get paid enough to live like royalty for multiple lifetimes?

Not to get all moralistic, but one of the big problems in our society is that too much wealth is concentrated in the hands of too few people. One of the nasty little features of capitalism is that once you’ve made a whole bunch of money, you’re in the perfect position to make even more.

I have to wonder if making money is like drug addiction. The more you take, the more you need. And you’ll do just about anything to get your fix.

So when I see a big celebrity doing a TV ad, I think, just like a drug addict, you just can’t help yourself. Your life is not about your art anymore, it’s just about how many bucks you can get out of it.

Some people might say it’s a free country, that those stars have every right to make commercials if they want. But it’s a bad idea. It cheapens them.

It’s worth noting that most movie stars, rock stars and major sports figures don’t do TV commercials. For whatever reason, they let struggling models and actors have those jobs.

You know those people, Flo for Progressive, Jared for Subway, Paul for Cox, and the Gecko for Geico. If you’re a big star, is this the company you want to keep?

Stars are supposed to be bigger than life. The place they belong is on the big screen, and that’s the big picture. 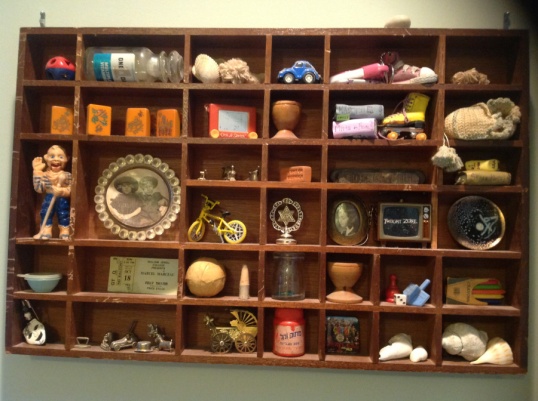 “How much for the knick knacks?” a Mexican woman asked.

“Take the whole thing for a hundred,” said the man running the estate sale, snatching a valuable Roseville vase from a little girl who had picked it up.

“I couldn’t let it go for that. My mom spent a lifetime collecting those trinkets. I could do eighty.”

“Some of those items are highly collectible. She treasured it. Sixty?”

“How about fifty, with the shelves?”

The man turned and yelled down the hall.

“Mom, would you take fifty for your junk?”

“Sell it,” a distant voice creaked. 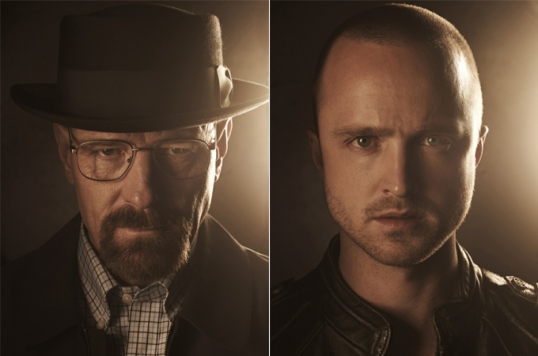 The conflict between Walt and Jesse seems forced as the popular series heads for a conclusion.

As of last night, the rabid fans of AMC’s Breaking Bad  are halfway through the last eight episodes of the final half season. Repeatedly, leading up to the highly anticipated conclusion of the series, fans were told they would not be disappointed. And given the high quality of the writing in the first four and a half seasons, I thought these last episodes would hold up.

But I was wrong, and I am disappointed as the plot flaws pile up and the actions of the characters seem forced and illogical. There have been some brilliant moments, but unfortunately there have also been some stretches in the story line that go too far.

The biggest problem is that Jesse seems to have gone around the bend and lost all reasoning ability. He has turned on his mentor, Walter White, and is now assisting DEA Agent Hank with the goal of burning Walter down. What has precipitated this radical change of attitude? Jesse is convinced  that Walter was involved in the ricin poisoning of an 8-year-old boy.

But the way he arrived at that conclusion, and the conclusion itself seem to be a reach. When the boy almost died, Jesse suspected ricin poisoning and suggested it to the boy’s doctors. They conducted a toxicology test and found no ricin. In addition, the doctors concluded the boy was probably ill because of exposure to a poisonous plant, Lily of the Valley.

So given the fact that Jesse knows all this, why is he so certain that the boy was administered ricin by Walter? Another unanswered question which you would think Jesse would surely ask himself is what did Walter have to gain from the boy’s poisoning? That question also has not been addressed.

Also very shaky are the events that led to Jesse’s dubious epiphany. Saul Goodman, Jesse’s slick but corrupt lawyer, had arranged for Jesse to disappear and be given a new identity by a mysterious fixer. When Saul found out Jesse would be taking a bag of weed with him to the rendezvous with the provider of his new identity, he instructed his employee Huel to steal it from Jesse’s pocket, which he did.

There are real problems with this  whole scenario. Saul is crooked, but he’s also super smart. Why would be so finicky about Jesse having a bag of weed with him? This mysterious identity-changer person must not exactly be a choirboy himself, given that his customers would be miscreant criminals and fugitives, so the minor infraction of Jesse having a little pot in his pocket is just not enough justification for Saul’s actions. Also, even though Saul did steal the pot and the ricin, Jesse’s leap to believe they tried to kill the boy is a plot bridge too far.

It’s also hard to believe that Jesse, given the long exploration of his character, would be so quick to jump into bed with the DEA on such a flimsy premise. Jesse has been a lot of things in the series, a small time criminal, a drug addict, a party animal, a deadly boyfriend, a big time criminal and even a killer, but one thing he has never been is a snitch. We’ve never seen any hint that he would be the type of person to cooperate with law enforcement. If he wants revenge on Walt, why would he not just exact it himself, instead of allying himself with Hank, a man who put a beatdown on him that sent Jesse to the hospital.

It may seem that I am being hypercritical of the writing, but when you have some critics saying you’re the best drama ever aired, the bar has been set pretty high. Viewers have a right to think that these final few episodes would have the same high quality writing they’ve come to expect. So I’m hoping that the last four installments will not continue to stretch reality to the breaking point and get back to the sensational storytelling that made Breaking Bad the huge hit it is.